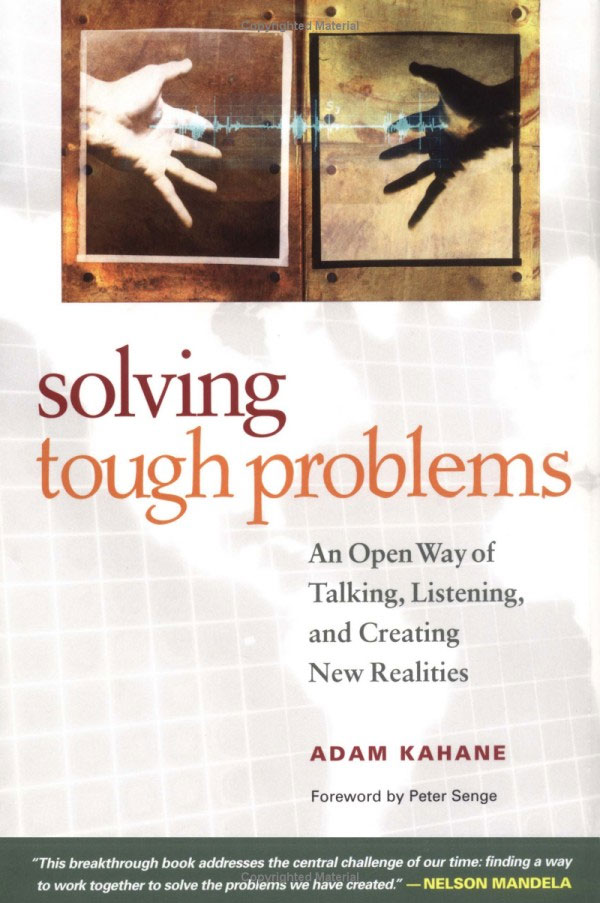 Our most common way of solving problems—at home, at work, in our communities, in national and international affairs—is to use our expertise and authority to apply piece-by-piece, tried-and-true “best practices.” This works for simple, familiar problems. But it doesn’t work for the complex, unfamiliar, conflictual problems that we increasingly face. When we try to solve these problems using traditional approaches, the problems end up either getting stuck or getting unstuck only by force. We need to learn another way.

Adam Kahane has worked on some of the toughest, most complex problems in the world. Through an unexpected experience in South Africa during the transition away from Apartheid, he became involved in facilitating a series of extraordinary high-conflict, high-stakes problem-solving efforts: in Colombia during the civil war; in Argentina during the collapse; in Guatemala after the genocide; and in Israel, Northern Ireland, Cyprus, and the Basque Country. Through these experiences, he learned to create environments that enable new ideas and creative solutions to emerge—even in the most stuck, polarized contexts. In his book, Kahane tells his stories and distils from them a “simple, but not easy” approach all of us can use to solve our own toughest problems.

Drawing upon examples from families, governments, corporations, and nonprofits, Kahane explores the connection between individual learning and institutional change, and shows how to move beyond debate and defensiveness toward deeper and more productive dialogue. The book offers a down-to-earth, hopeful way forward: a way of “open-minded, open-hearted, open-willed talking and listening” that is vital for creating lasting change.