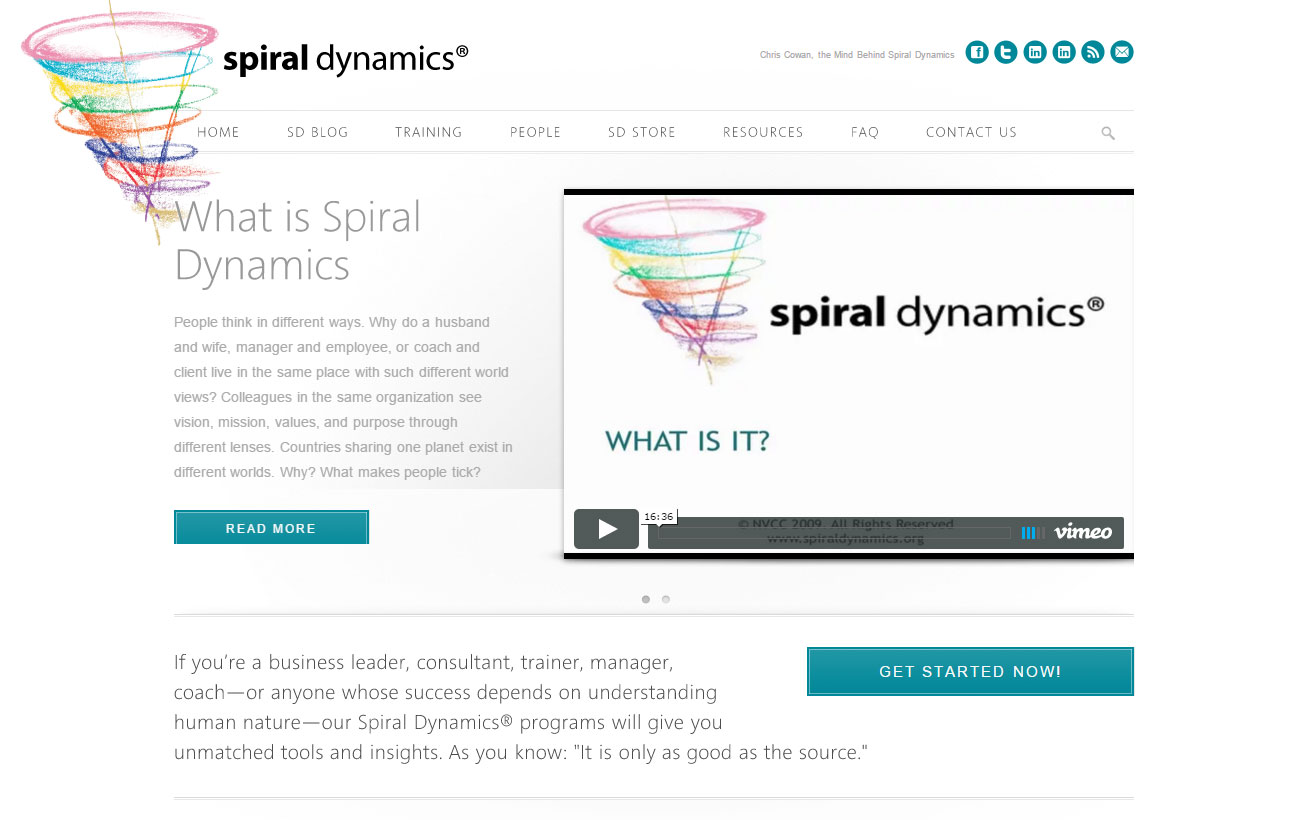 Spiral Dynamics theory (Beck and Cowan, 1996) captures how people develop diverse worldviews and the characteristics of those views. Beck and Cowan call these patterns of thinking “Memes” (short for values-attracting meta-memes). Memes can be thought of as broad orienting paradigms, a schema through which we interpret the world. These fall into a series of eight levels, with the potential for higher ones emerging as we speak. Each Meme leads to certain beliefs, social groupings, motivation patterns, organizational dynamics, and goals.

The goal of what they call “the spiral wizard” is to meet people, situations, and cultures where they are at. The spiral wizard recognizes that the health of the overall spiral is paramount and that change can generally happen only by small increments. Beck and Cowan are more interested in lubricating change effectively than rejecting and overthrowing old structures.